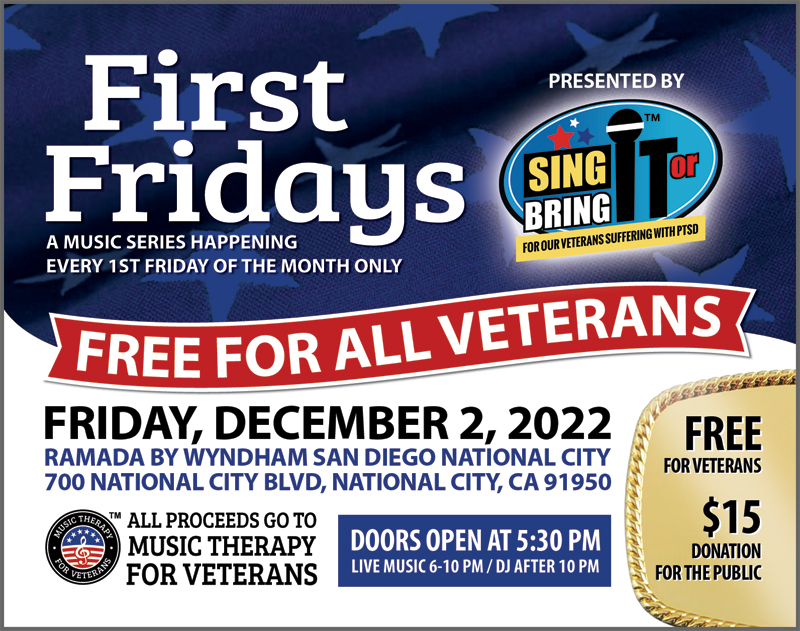 Join Laticia Carrington as she represents MTFV and sings the National Anthem to support Connected Warriors for their West Coast “SEA to Shining SEA” yoga event onboard the longest-serving aircraft carrier in the 20th Century, the USS Midway, in San Diego, California on June 9th, 2018.

You’ll then join in with 1,000 yogis for a morning full of patriotism, meditation, melodious music, and healthy yoga practices on the flight deck, featuring donation-based classes that directly support Veteran’s organizations taught by top instructors.

Click here and use Coupon Code “CWI Guest” to get 2 Free Tickets!

The Pavilion Ballroom
at Four Points by Sheraton on Aero Drive
Doors open at 7:00 PM 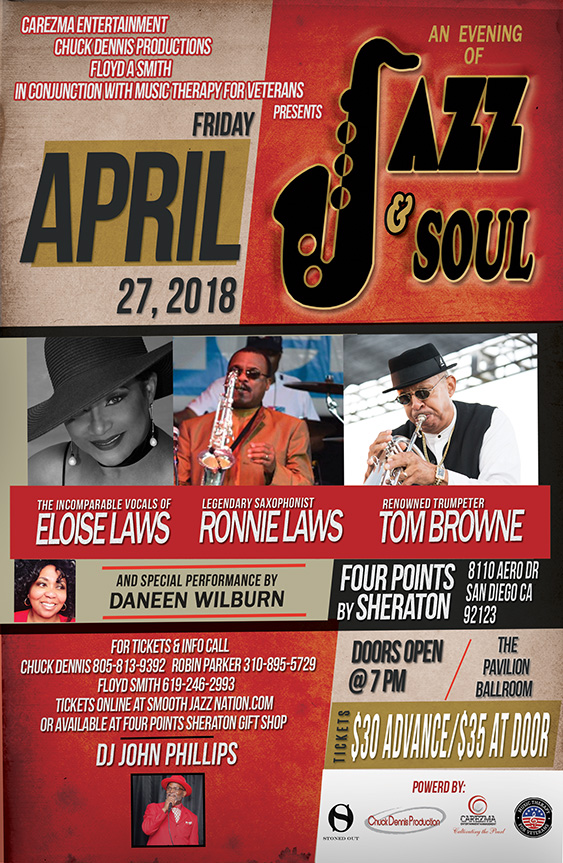 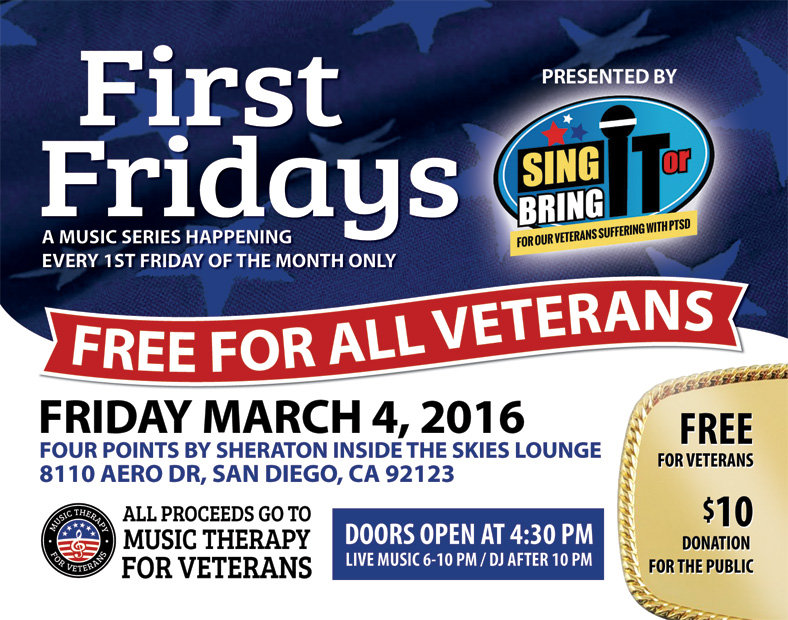 Join us for a night to remember and be part of a Win-Win cause and celebration! This Music Therapy for Veterans fundraiser takes place at the University Club’s chic venue atop Symphony Towers where the Who’s Who of San Diego’s business community gathers.

You’ll enjoy performances by Floyd A. Smith, founder of Music Therapy for Veterans and bass singer with 6-time Grammy award winners The 5th Dimension, and Mariea Antoinette, an internationally renowned harpist to the stars whose clients include Beyoncé and President Obama. After the show, party swings into high gear with D.j. Lxix playing your favorite dance beats all night long.

Advance tickets $25 per person, or $30 at the door which is an all access pass with a red carpet entry! Club membership is not required to attend this gala. Proceeds support Music Therapy for Veterans .org.